According to Popular UK Website Unilad, A priest tried to prove his congregation were ‘immortal’ by feeding them rat poison and – as you can imagine – it went as badly as you’d expect.
Priest Light Monyeki from Soshanguve, South Africa, took it upon himself to prove his followers were both ‘superhuman’ and ‘immortal’, with a seriously dangerous stunt.
The priest declared to his congregation they should not fear death, as they will not die, before proceeding to pour bottles of water contaminated with rat poison into their mouths. Unfortunately for them they were more than happy to oblige.

He said:
We do not need to proclaim faith because we are believers. Death has no power over us.
Horrifyingly, many of his followers ran forward to take a fatal swig of the lethal stuff in a desperate bid to get closer to God.
The priest first drank the poison fluid before pouring it down the throats of his loyal congregation. 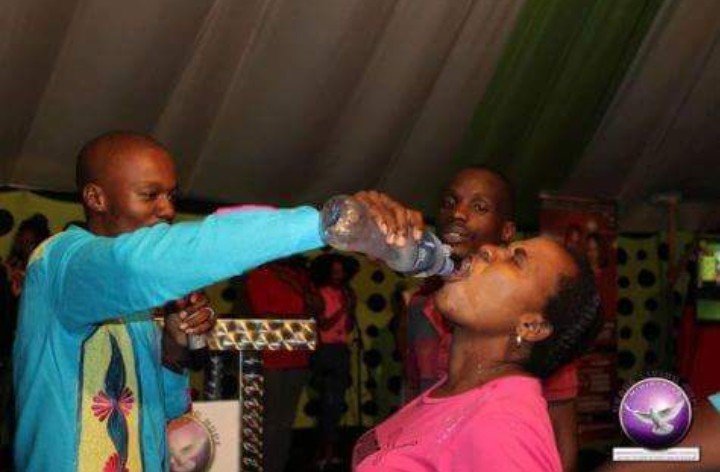 The members of his church started to complain of stomach pains and by the evening, five of them had died.
A further 13 were taken to hospital for the ingestion of the lethal drink, but despite all of this Monyeki allegedly denied responsibility.

Instead he declared:
Too much of any good thing could be bad.
Priest Feeds Congregation Rat Poison To Prove They’re Above Death… They All Die religion fb
Surely he’s not referring to his poison drink as a ‘good thing,’. There’s a line when it comes to dark humour.
The incident sparked a police investigation, but no arrests were made.

You can’t force members to enjoy a level of faith they don’t have a revelation of yet. And it will be too extreme to make them believe they can do anything because you can do it.

Strengthen yourself as a true believer, the days are evil, what are you still enjoying on expense of JESUS.

the days are evil, don’t wait for the day of trouble before you get serious with JESUS.

I Trust your night was Glorious;

So many times, we make so many confessions that are REALITIES already, we pray so many prayers that are our possessions already…

This really has to stop…..

It’s either we DECREE IT INTO MANIFESTATION or we confess it into AN EXPERIENCE….

Favour shouldn’t be seeking is, if we are truly living in CHRIST….

Favour found us long ago, when JESUS CHRIST was sent to us.,.

And it came to stay, not to leave….

It’s time to stop ASKING for WISDOM, KNOWLEDGE AND UNDERSTANDING…

So, all you are actually meant to do is to decree it’s Manifestation and eliminate it’s hinderances….

Stop pleading the BLOOD OF JESUS over your vehicles or over

Matthew 26:28 For this is my blood of the new testament, which is shed for many for the remission of sins.

John 6:56 He that eateth my flesh, and drinketh my blood, dwelleth in me, and I in him.

Its meant for the remission of our sin and not for protection….

The name of JESUS does the rest…

You just hide the name and you’re saved…

Proverbs 18:10 The name of the LORD is a strong tower: the righteous runneth into it, and is safe.

Psalms 61:3 For thou hast been a shelter for me, and a strong tower from the enemy.

Many a times, we tend to undermine the need to make Resolutions at the beginning of chapters of stages of our life.

Beginning of the year, of months, when you enter a new environment, whenever something new is introduced to you….

When we fail to construct our desired achievements for a specific period of our life…. There’s a big probability that you’ll walk uncircumspectly..

Proverbs 29:18 Where there is no vision, the people perish: but he that keepeth the law, happy is he.

This verse alone establishes the need to plan ahead of time.

So, draw out your plan for this new month, and don’t stop there. Take conscious efforts to make it a reality.

Without the HOLY SPIRIT, you can’t have good success…. You need to depend on HIM, if you’ll be great in this life. 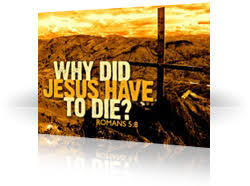 WHY DID JESUS HAVE TO DIE?

WHY WAS IT JESUS, NOT JUST A POWERFUL ANGEL?

WHY IS IT ONLY THE BLOOD OF JESUS CHRIST THAT CAN CLEANSE SINS?

Many Christians have been confronted by un-believers, despite their knowledge of the WORD, they find it hard to prove why DEATH was what JESUS CHRIST had to accept….. and nothing else.

I will list some reasons why JESUS CHRIST had to die…

WHY IT WAS JESUS CHRIST THAT HAD TO DIE

John 3:16– For GOD so LOVED the world, that HE GAVE HIS only begotten SON, that the world through HIM might be saved

This verse establishes that, there was a time when the world was lost, that happened in the fall at Eden…

Now, Two things happened, GOD lost HIS Relationship with us, and we also lost ours with HIM. We were far more disadvantaged, because GOD still retained all HIS Glory after our fall.

But, something changed the whole story, HIS AGAPE LOVE.

In our value system, there was nothing man could so rather than keep DIEING to fulfil the greediness of sin through DEATH…

Therefore, something precious was needed to regain it back, GOD therefore couldn’t release a mere angel, no matter how powerful they were, because we are even more precious than angels… HE had to release HIS ONLY SON….

Genesis 3:3- But of the fruit of the tree which is in the midst of the garden, GOD hath said, Ye shall not eat of it, neither shall ye touch it, LEST YE DIE….

This tells us that DEATH was our punishment for that sin, and GOD’S WORD wouldn’t go without fulfilling it’s purpose…

So, JESUS CHRIST came to the world to become US, so if GOD’S WORD had established death, HE had no choice than to do A SUBSTITUTION that will last forever.

See, HIS AGAPE LOVE was never available to the angels that were doomed (2Peter 2:4) 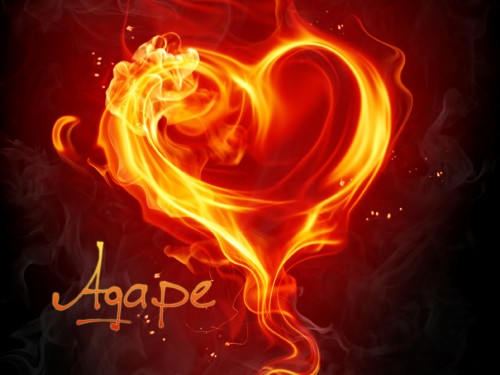 Death was passed to all men, by sin, so… For life to be passed the same, one man had to die, when Adam sinned, we fell, so one who had eternal life had to die, the limit of his years, is the duration of our redemption… Hence, the eternal life in HIM, established our eternal reconciliation to HIM (Romans 5:12)

WE WERE RECONCILED BY HIS DEATH, BUT WE WERE SAVED BY HIS LIFE.

John 15:13- Greater love hath no man than this, that a man lay down his life for his friends…

Now, GOD’S LOVE is PERFECT, so whatever way it manifests has to be the highest level it can ever manifest… SO, GOD couldn’t ever settle for anything less, HE WANTED SOMETHING THAT WILL LAST FOREVER…

WHY IS IT ONLY THE BLOOD OF JESUS CHRIST THAT CAN CLEANSE SINS?

We human beings, were doomed for eternal death….

We were already under condemnation to death….

56- The sting of death is sin; and the strength of sin is the law

57- But thanks be to GOD, which giveth us the victory through our LORD JESUS CHRIST.

Death’s access to us was sin, and the law strengthened it, the law couldn’t stop us from sinning, only the spirit of LIFE that Ministers to us through THE WORD, no wonder it was called THE LAW OF THE SPIRIT OF LIFE in Romans 8:2

HEROD didn’t even find JESUS guilty on trial, but the devil had been looking for a way to get back at GOD, if the devil knew HE was sealing our redemption….He wouldn’t have manipulated the Religious leaders to nail HIM to death…..

1 Corinthians 2:8- Which none of the princes of this world knew: for had they known it, they would not have crucified the LORD OF GLORY.

GOD made the reason of HIS DEATH, a mystery so that we couldn’t understand it, not even principalities

1 Corinthians 2:9 But as it is written, Eye hath not seen, nor ear heard, neither have entered into the……..

That was how the mystery of HIS DEATH WAS UN-RAVELLED….

No wonder the HOLY SPIRIT couldn’t come into us, till he DIED

Romans 5:10- For if, when we were enemies, we were reconciled to GOD by the death of HIS SON, much more, being reconciled, we shall be saved by HIS LIFE….

WE WERE RECONCILED BY HIS DEATH, BUT WE WERE SAVED BY HIS LIFE…

Imagine if Christ has waited for you to love HIM truly, before HE gave you un-ending grace….? You wouldn’t get saved.

Imagine Christ waited for you to obey HIM completely, before HE protects you in your sleep?.. you would have been dead.

Imagine Christ waited for you to pledge total allegiance to HIM, before HE secured your full admission into that institution? You wouldn’t be an undergraduate talk less of graduating…

It’s the same thing to constantly wait for a supernatural event or confirmation before you preach the gospel about Christ who saved you.

It’s the same thing you are doing, when you wait for a big income or gift before you pay your tithes, or sow into that Church.

Are you a modern Thomas, that doubts till a physical evidence of GOD’S TRUTH is seen…

Get out of that ignorance and seek and obey GOD like never before.

HE will strengthen you as HE has ever done to me.

Stay Blessed in HIS LOVE…

Have you ever wondered why we have faith and we try to manifest it, but it just doesn’t work?

Could be very frustrating… right?

I want to show us a mystery that will change the course of our Life….

Just open your heart to this TRUTH!

Galatians 5:1 Stand Fast therefore in the Liberty wherewith CHRIST hath made us free, and be not entangled again with the yoke of bondage……..

……vs 5 For we through the SPIRIT wait for the hope of Righteousness by faith..

……vs 6 For in JESUS CHRIST neither circumcision availeth any thing, nor un-circumcision; but FAITH which WORKETH BY LOVE

NOW LOOK AT THIS…

Illustration: I want to travel by sea, using a boat

Our FAITH- BOAT (without faith it is impossible……Hebrews 11:6)

BY SEA- BY LOVE

So, if you are going to make your FAITH EFFECTIVE, ADD MORE LOVE… not power, not more praying on mountains… BUT MORE LOVE

GOD IS LOVE, THE SPIRIT OF LOVE, JESUS CHRIST THE WORD, FEED ON THE WORD, INCREASE YOUR LOVE FOR GOD….FEEDS YOUR FAITH…

That’s only what availeth, RELIGION won’t help you… your pastor can’t do it…you have to ask for grace to LOVE

Vs 9- A LITTLE LEAVEN LEAVENETH THE WHOLE LUMP

Keep adding LOVE, it will change all… stop feeding your faith with fake food… it won’t avail a thing…

Vs 16 This I say then, WALK IN THE SPIRIT, and ye shall not fulfil the lust of the flesh

The only way to overcome the lust of the flesh is to WALK IN THE SPIRIT.. WALKING IN LOVE…

That was what the Bible meant…

When we get born again… We are born into the SPIRIT

But if we don’t practice the ways of the SPIRIT….LOVE we ain’t walking in the SPIRIT

We are of no use to GOD when we live there and do not walk there..

It’s like travelling abroad, when you get there, you live there… if you don’t get out to work…though you are still there.. you ain’t of use to them …

So, BEGIN TO WALK IN LOVE LIKE NEVER BEFORE… ONLY THEN, CAN YOUR FAITH AVAIL!

You can’t because of LOVE be saved, and then after that start to feed yourself with another substance….it’s impossible

Dollars got you into AMERICA, Naira or Euro or Pound won’t help you there… 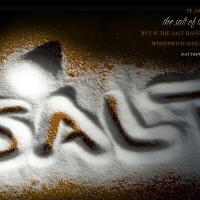