As Sandra entered into the class, all the students burst into laughter. She was getting
frustrated at how she was treated by her peers.
Even the teachers in her school couldn’t help but laugh at the way she walked. It wasn’t
as if she had a congenital disorder or she had an accident that twisted her waist. But, she had
developed a habit of walking as if someone was dragging her from the side and from her legs.
One night, Sandra sat down and wrote down what she’ll say to whoever laughed at her
again. The next morning, she was embarrassed unexpectedly at the gate of her school by her
juniors who were just staring at her as she walked.
It was becoming too loud on her ego, and she had begun to lose confidence when speaking
in class…
What’s Sandra going to do now?
This is a very similar situation in which some believers are going through now.
When shame arises it, you are not meant to chase it neither are you meant to focus on
people’s orientation to it.
Shame is never independent on its own, it is always a product of something. It evolves from a
substance.
It would be ignorance for you to attack smoke without a plan to put of the fire that provoked
it.
Whatever shame you’re facing in your life is birthed by something that is manifesting in your
life. That is what you’re meant to focus on… Developing yourself not accusing others of
insulting or looking down on you.
We frustrate ourselves at trying to make people respect us, honor us, cherish us, smile with
us and all sorts of things we would like to enjoy. YET, our life is contradicting our wishes. Our
life isn’t in any way speaking what we are saying.
Whatever you desire, develop something that would attract it to yourself, not you chasing it.
So, the Cure to shame is not Anger with the people enhancing it neither is it frustration and
complains, it’s a call to Develop, Strengthen and Beautify your Life.
Sandra’s case would never change till she learns how to walk appropriately. She ignored that and was fighting with the smoke.

2 thoughts on “The Antidote to Shame” 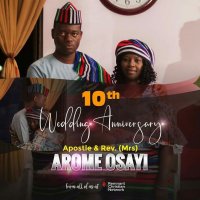